"War is all hell," claimed a Civil War general years after the war. But what made it hell? Or who made it hell? Professor Edward J. Blum explores visualizations of evil during the era of the Civil War to show how all types of Americans martialed evil to make their most poignant political and racial points. Guest speaker: Duncan Ryūken Williams, author of American Sutra: A Story of Faith and Freedom in the Second World War 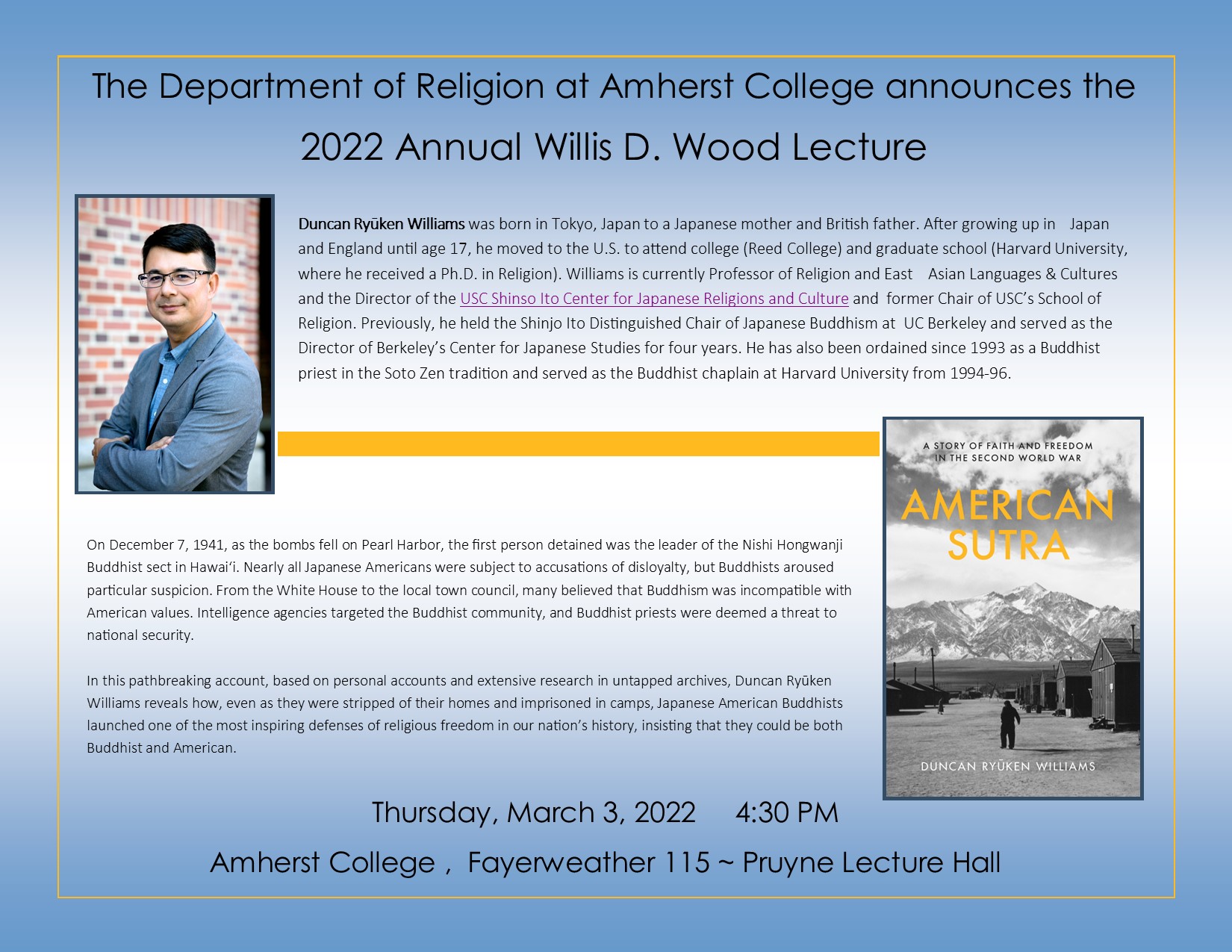 View the video recording of this lecture.

This event has been canceled.

Though Latinas/os are now 18 % of the U. S. population, only recently have they come to the national spotlight, in the midst of a climate of hostility.

In this talk, Prof. Silvia Pedraza argues that Latinas/os have become part of the U. S. through very different processes of incorporation, via very different histories that have been an obstacle in their way to developing a common sense of identity, of unity.
At the same time, Prof. Pedraza argues that at present those obstacles that were there in the past are being overcome. Thus a community of culture is becoming a community of interest.

Eating the Flesh of our Mothers: Tibetan Buddhist Perspectives on Vegetarianism and Animal Ethics

Drawing on the idea of reincarnation—that we have all had an essentially infinite number of past lives—Tibetan Buddhists often claim that every creature you may meet was, at one point or another, your parent.  At that time they treated you kindly, keeping you safe, fed, and warm.  Now, they suggest, we should repay this kindness by treating all creatures with generosity and compassion.

Arguments like these would seem to suggest that Tibetan Buddhists should be, almost by default, vegetarian.  And yet this is not the case.  While some Tibetans were vegetarian, most were not.  Further, just as in the contemporary United States, the debates between anti-meat and pro-meat Tibetans could be fierce and acrimonious.  In this talk, Dr. Geoffrey Barstow will discuss Tibetan perspectives on meat-eating and animal ethics, exploring the reasons Tibetans gave for adopting vegetarianism, why those arguments didn’t always work, and some ways in which these Tibetan perspectives might influence contemporary debates over meat-eating around the world.