History and race in the US and Beyond

At this panel event, three of our distinguished alumni - professional historians - will comment on the work produced by our students, and place it in the larger framework of discussions in the field. Virtual Lecture by Dr. Naomi Oreskes, Henry Charles Lea Professor of the History of Science at Harvard University and the author of Why Trust Science?

Science has lagged behind other professions in working to purposefully create opportunities to expand diversity in its workforce. Critics of such efforts have framed diversity as antithetical to the pursuit of excellence in scientific inquiry, but this framing has the problem backwards. In this talk, I argue that we cannot have scientific excellence without diversity.

Register in advance for this meeting

Note: After registering, you will receive a confirmation email containing information about joining the meeting. Please keep this email so that you can use the personal pass code and link provided in it to enter the Zoom event. The organizer does not have access to your code.

The annual Hugh Hawkins Lecture is named in honor of the late Professor Hugh D. Hawkins. Professor Hawkins was the Anson D. Morse Professor of History and American Studies upon his retirement from the faculty in 2000, after forty-three years of teaching at Amherst. He was a distinguished scholar of American higher education, the American South, and of cultural and intellectual history. In 1976 he was the principal architect of the first-year Introduction to Liberal Studies curriculum, and he helped build both the History and American Studies Departments. Despite the bleak view that many Americans have of our nation’s urban school districts, the Progressive Era city school system was once considered to be among the great democratic creations of the twentieth century. From the 1890s until the Second World War, most prominent educational leaders and policy makers depicted urban schools as laboratories of progressive educational innovation, much in the same way that municipal reformers of the era portrayed cities as experimental stations for novel forms of governance. The enduringly dour view of the American school district—whether accurate or not—masks a fascinating story about the role that school districts have played in the nation’s educational history. Because it offered public education to children from a spectrum of social backgrounds and economic classes, reformers believed that the urban school district held the potential to deliver on the promise of equal educational opportunity by quelling class differences and fostering a tranquil industrial democracy. This talk, adapted from The Importance of Being Urban, looks anew at this Progressive Era institution, exploring why civic leaders, academics, muckraking journalists, educators, and administrators all agreed on the urgency of urban educational reform and why they believed that the newly designed progressive school district was singularly qualified to carry out comprehensive educational improvement. 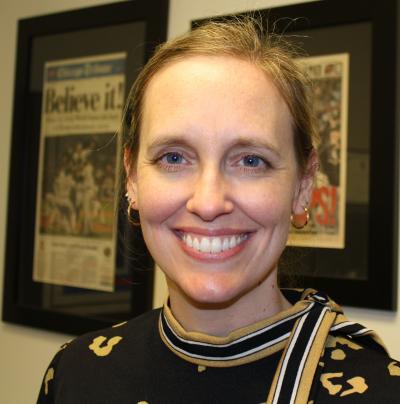 Professor Heather Stur will offer a lecture based on her forthcoming book Saigon at War: South Vietnam and the Global 1960s. Stur investigates South Vietnamese political activism during the Vietnam War and focuses on a wide range of actors including South Vietnamese students, Catholics, anticommunists, peace activists, journalists, and diplomats. Her groundbreaking work aims to incorporate South Vietnamese voices, so often overlooked by US historians, more fully into the Vietnam War narrative.

The Ghosts of Sheridan Circle: How a Washington Assassination Brought Pinochet’s Terror State to Justice 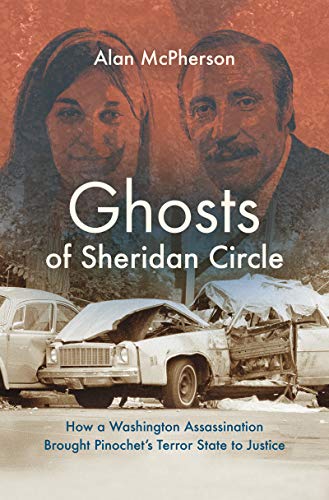 Professor McPherson's lecture is based on his new book about the 1976 car bombing of Chilean exile Orlando Letelier and his US colleague, Ronni Moffitt, in the heart of the US capital. The crime sparked an international investigation, a diplomatic impasse, and several courtroom dramas, all shaping one of the most consequential political thrillers of our time. The Letelier assassination changed the history of human rights, democracy and counterterrorism, and helped end Chile’s murderous dictatorship.